Driving everywhere is so much a part of American life, we take it for granted. Consciously, we imagine ourselves to be responsible adults who take vehicle driving responsibilities seriously. However, we all have our brainless days, when we throw good sense out the window simply because there’s that stubborn part of us that can’t, or won’t, spring for a safer, more rational option.

The good news is that, as a people, we’ve gotten better at driving. According to the New York Times, the number of deaths caused by traffic accidents in the U.S. has fallen markedly since the early 1970s. However, the National Safety Council reported that deaths caused by road accidents increased by 14% since 2014, accounting for 40,000 fatalities in 2016. Traffic accidents has consistently been ranking in the top ten causes of early death per year.

The sad aspect of traffic accidents that lead to fatalities is the heavy guilt of the surviving driver responsible behind the tragedy. Though many people involved in road accidents tend to blame the other drivers, a frank assessment of the details of the accident can indicate otherwise. If you’re often guilty of pointing the finger at the “other guy,” ask yourself, could you be the other guy?

Human error accounts for about 90% of all car wrecks. Don’t put yourself at risk of becoming a causal agent of an accident. Here a few bad, bad habits to nip if you want to avoid a future of self-blame and guilt. No-brainers all, maybe reading the facts behind why not to indulge in these bad behaviors will sober you up.

1. Driving under the Influence of Drugs and Alcohol

Drunk driving is a leading cause of road accidents that cost lives. It’s a well-publicized fact that alcohol impairs your senses, particularly your ability to react. Being caught driving while drunk is heavily punished by strict zero-tolerance laws in over 40 states. So exercise good judgment by taking a cab, or even better, designating a friend driver, when planning a booze-infused night about town.

Drugged driving, sometimes fueled in combination with alcohol drinking, has surpassed drunk driving as a major cause of road accidents in 2015, noted a recent CNN report. Not many people are aware of the ways the use of illicit drugs or a misuse of prescribed drugs can impair the body and brain.

Of the most commonly used drugs, marijuana use dampens reaction time, negatively influences time and distance judgments, and impairs coordination. Other motorists who use cocaine or methamphetamines exhibit reckless and aggressive behaviors on the road. Those who typically use benzodiazepines, a type of sedative, can make the user drowsy and/or dizzy. Because driving requires clear-headedness, focus and concentration, taking even small amounts of these drugs can trigger a terrible accident on the road. For more facts on drugged driving, click here.

You’ll be made responsible for the collision wreck due to your poor judgment, as police officers will explain to you as they escort you to the police car.

Drowsy driving is another major cause of deaths on highways and roads. When tired enough, your body will fight your mind to get its sleep, whether you like it or not. Drowsy drivers are likely to fall asleep behind the wheel and have slower reaction times. A real pity since the drowsy driver has the option of simply pulling over to someplace safe and taking a much-needed nap — a small trade-off for staying alive and promoting safety on the road.

The problem has become so rampant, some luxury car makers have even introduced driver aids to counter the phenomenon.

Speeding ranks second as a leading cause of road accidents, behind drunk driving. Only physics can explain how it is speeding causes fateful car accidents – the faster you go, the more likely you’ll be flattened like a pancake as a result of a crash. As an object in motion, there is no other result. The laws of physics on the relationship between speed and accident severity are unequivocal. (Try arguing against that in a court of law.) Though they seem arbitrary, posted speed limits are for the good and safety of everyone. When all drivers travel at a safe speed, everyone can look forward to seeing their loved ones for another day.

While the bad habits described above are well-known to most as basic no-brainers, the truth is most fatal accidents happen when drivers mix a combination of two or more of these habits and others like them. Sleepy after having taken a sedative and three glasses of wine? Speeding because you’re tired and drowsy and are impatient to get home? So pause a moment and reflect on the times you’ve been guilty of any such dangerous behaviors while driving. Be proactive and internally address the psychological causes of why you engage in such behaviors. You’d be doing yourself and the community a tremendous favor.

Be a safe driver! 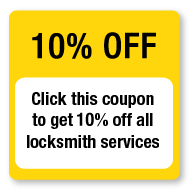